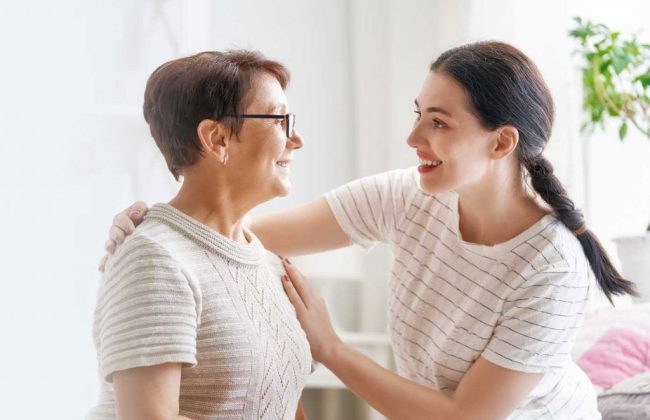 In such conditions, breathing encounters varying degrees of difficulty, which is why the patient “forgets” to breathe. Breathing comprises two phases: air penetration into the lungs (inspiration); elimination of air from the lungs (expiration), which lasts longer than inspiration. A resting adult performs 16 breathing movements per minute (respiratory rate).

This rhythm is higher in women; it increases during muscle activity, exercise and so on. Normal breathing is an involuntary reflex act. The lungs passively follow the movements of the rib cage. During inspiration, the volume of the rib cage increases due to the contraction of the respiratory muscles: the diaphragm contracts and descends, the intercostal muscles pull the ribs and lift them. The movement of the ribs pushes the sternum forward, and the lungs fill with air. Upon expiration, the muscles relax, and the lungs shrink in volume with that of the rib cage, eliminating air.

Inspiration is, therefore, the active phase of respiration, and expiration is the passive phase. The air inlets and outlets of the respiratory system show pulmonary ventilation, which depends on the frequency and depth of respiratory movements. They can increase through training, gymnastics, etc. Air is a mixture of gases in the following proportion: 21% oxygen, 78% nitrogen, 0.03% carbon dioxide and other gases in very small quantities. The characteristics of inhaled air are different from those of exhaled air. Thus in the lungs, the air loses oxygen, is enriched in carbon dioxide and water vapour.

Physiotherapist in Dwarka uses breathing exercises in order to improve breathing, to use as much of the lung capacity as possible, in order to functionally recover the lungs. The patient with chronic lung diseases will be taught to gradually restore his respiratory rate to 14-18 breaths/minute. By repeatedly performing some exercises to strengthen the muscles (ups and downs, rotations, abductions and adductions), we try to tone the respiratory muscles (back, chest, abdominal muscles).

The means of re-education of respiration are:
1. improvement of bronchial permeability by removing obstacles to air circulation (cough control to eliminate excess secretions by applying a change in trunk position that will promote postural drainage (leakage of secretions through the trachea );

2. guided ventilation (both inspiration) and its expiration are done on the nose, this having as consequences the purification and heating of the air at the level of the nostrils. The aim is thus, the strengthening of the inspiratory muscles, the increase of the thoracic volume.

Recommendations that can be made to improve breathing are active respiratory movements, abdominal breathing movements, mobilization of the torso and thoracic box. Once the muscles of the back, thorax, abdomen are strengthened, the respiratory movements will be executed more simply, a gradual improvement of the two phases of the respiration process will be noticed, of the oxygenation of the organism in totality. Lack of physical activity of the lungs causes a series of related functional disorders, especially cardiovascular, muscular and metabolic but also mental, which will have repercussions on respiration along with the actual physical impairment.

The readjustment to the effort is done gradually, starting with the ordinary walking, on flat ground, for a few minutes, then accelerating the speed and increasing the time. It takes time to climb the stairs and train at the pool. Physical therapy is another method of re-educating the breath.

The goal of physiotherapy in Dwarka for chronic lung disease is to increase the lung capacity affected by chronic disease. The expected effect occurs fairly quickly, encouraging the patient to move constantly.