Do you feel dizzy and dizzy? Physiotherapy can help you! 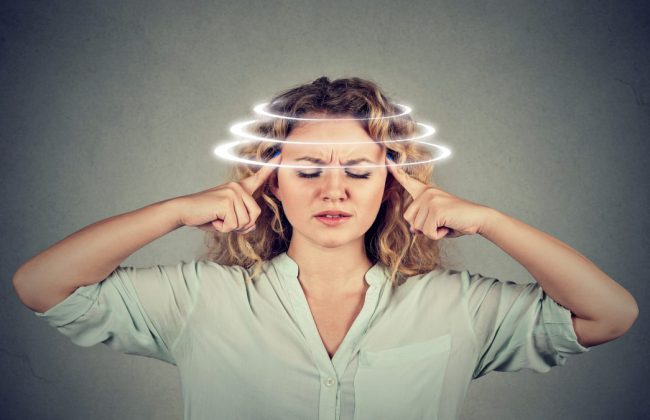 Dizziness and lightheadedness, how to differentiate them?
Vertigo corresponds to the illusion of a movement of the body and/or the part which must include a rotatory component. Specifically, it refers to feeling like “it’s spinning” or the environment is around you. For its part, the dizziness is defined as a sensation of intoxication: as under the effect of alcohol. It can also refer to the pitch effect as on a boat, or to have “head in the clouds”.

The causes of dizziness and lightheadedness can be varied and it is important to consult a health professional to identify them. To this end, the physiotherapist trained in vestibular rehabilitation is able to identify the cause of vertigo and offer the appropriate treatments. Research indicates that in about 30-40% of cases, benign paroxysmal positional vertigo (BPPV) occurs. We also find Meniere’s disease or various pathologies following an infection of the inner ear such as labyrinthitis or neuritis.

What is the origin of the VPPB?
Each of our ears has three channels (semicircular canals) in which liquid circulates. Without a known explanation, it happens that particles called crystals are detached from the wall and are found in particular in the channels. This disturbance brings vertigo when the person moves his head in space, goes to bed or changes position for example.

How to treat BPPV?
The physiotherapist first identifies in which semicircular canal the crystals are. It then performs repositioning maneuvers to migrate the crystals to a reservoir called utricle where they will be destroyed. These techniques are very effective, regardless of the time since the onset of symptoms.

In the case of diseases affecting the inner ear (eg labyrinthitis and neuritis), the functions of the vestibular system are altered. This imbalance, often in one of the two ears only, causes vertigo. As a result, the physiotherapist will play a vital role in teaching the brain how to compensate for this deficit and allow the client to recover his functional abilities. This is possible thanks to a phenomenon called “brain plasticity” according to which the nervous circuits are able to reshape according to learning and experiences.

The physiotherapy in Dwarka rehabilitation is very effective as an intervention and optimizes daily functioning, in addition to having a positive effect on the prevention of falls.